planet Jane
2016-07-30 21:43:04 edited 2016-08-02 23:55:30 in Liveblogs
Yes, another of these. Hopefully I will stick with this one this time!
When I was asking for suggestions as to where to play, one of them was Berlin. Well Berlin did not exist yet in the timeframe that this game takes place, and the land it now stands on is held by a fairly powerful duke which seemed just a touch too easy (we'll get to said Duke in a moment). So, instead, we got the next best thing. 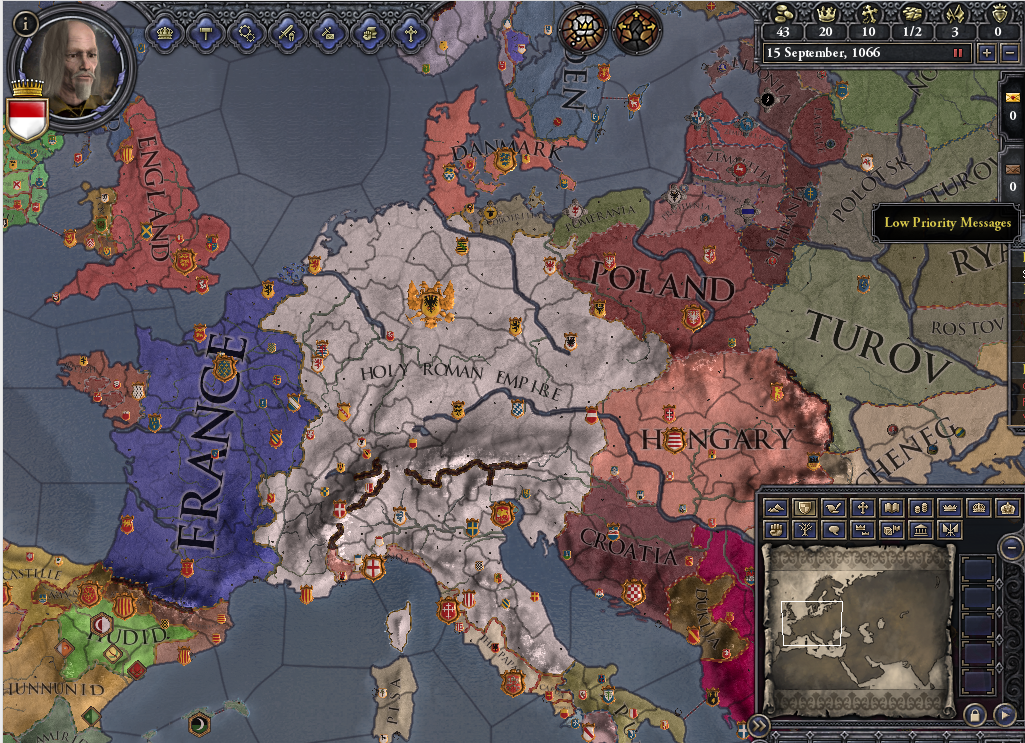 This is central Europe. Specifically, the Holy Roman Empire. Ruled currently by this man 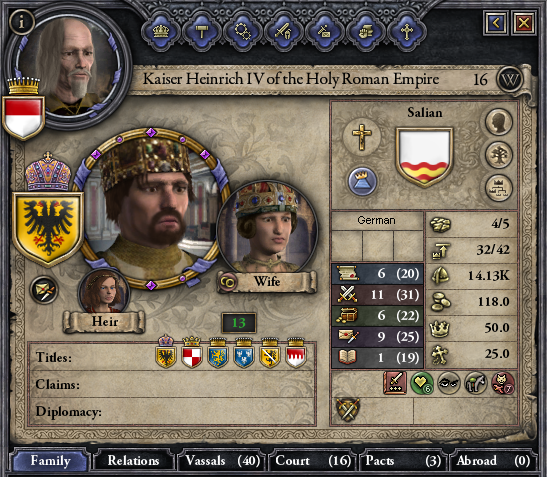 This is Heinrich IV, Holy Roman Emperor (also titled variously "King of The Romans" and "High King of Germany". It's complicated, I recommend you read about him, because his history OTL is actually pretty fascinating. Also he's an enormous douchebag.)
We are not Heinrich, as you might notice by the disembodied portrait in the top left corner of the screen. No no no, we're this fellow. 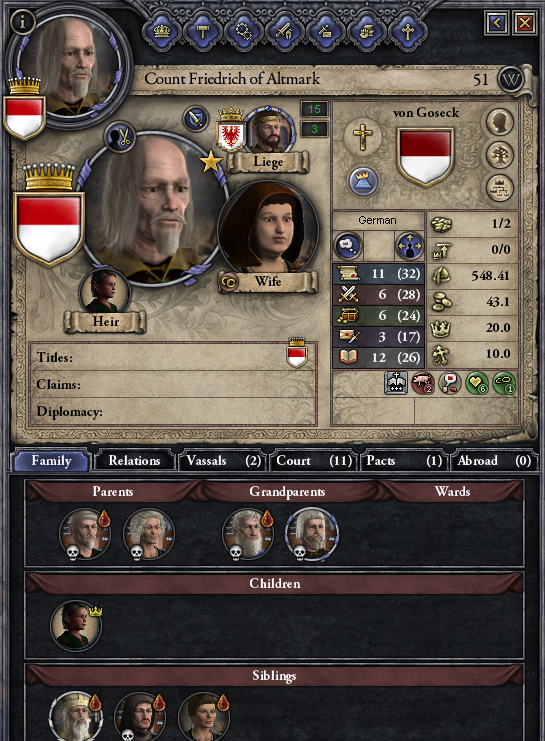 Look pretty rough for 51, don't we? That's the middle ages for you. We're Friedrich von Goseck, the 8th Count of Altmark and the first of our dynasty to hold the title. Now a Count rules a county, which is the smallest piece of land you can own in CK2 and not lose the game. I will be calling him Frederick, for my own reasons.
Where's Altmark? 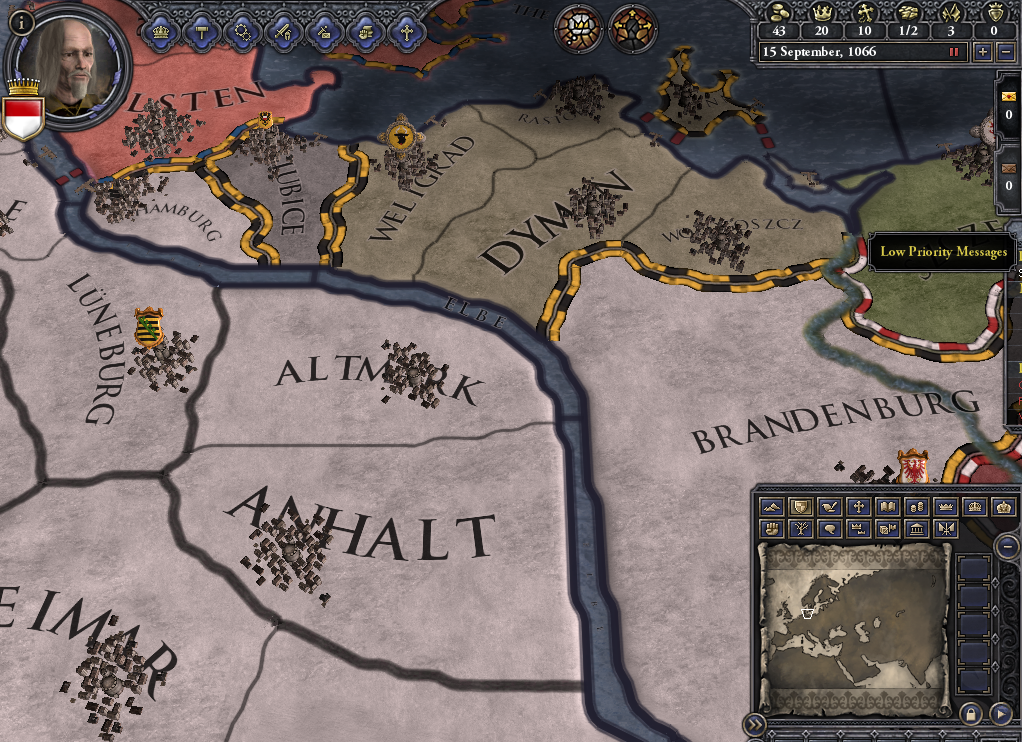 There's Altmark. A small, pizza-shaped piece of land just south of Denmark.
If we switch map modes so we can look at the vassals of the Holy Roman Empire, we can see our position a little more clearly. 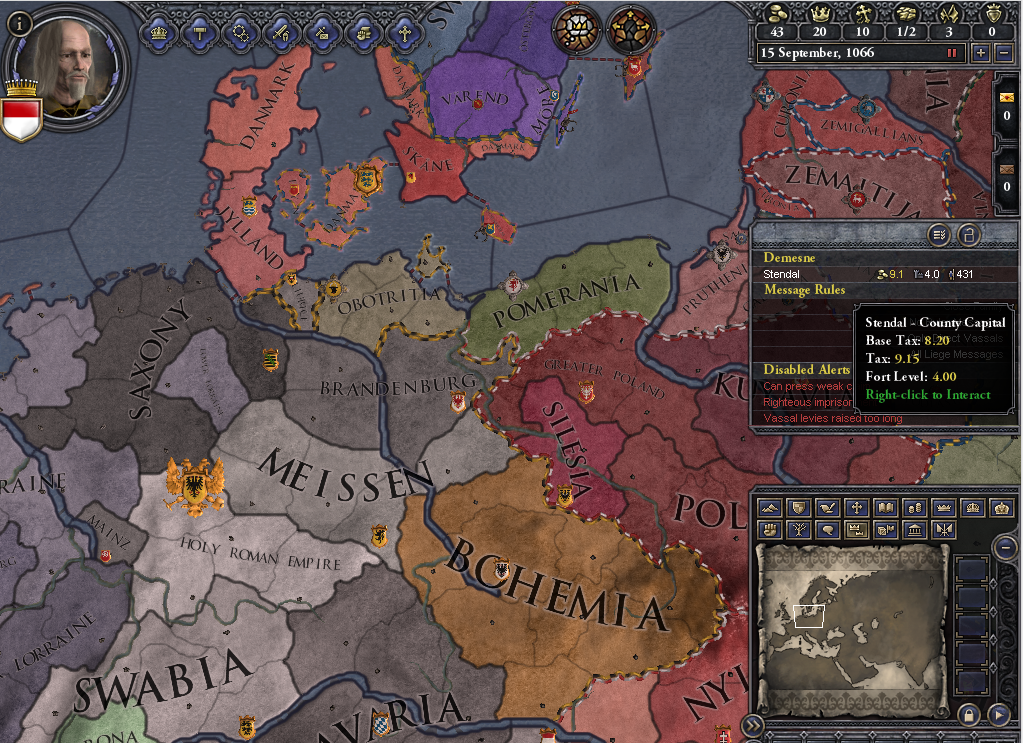 Notice that Altmark is not noted indpendently here. That's because we're not independent within the empire. We answer not just to His Imperial Majesty Big Hank, but also to this fellow: 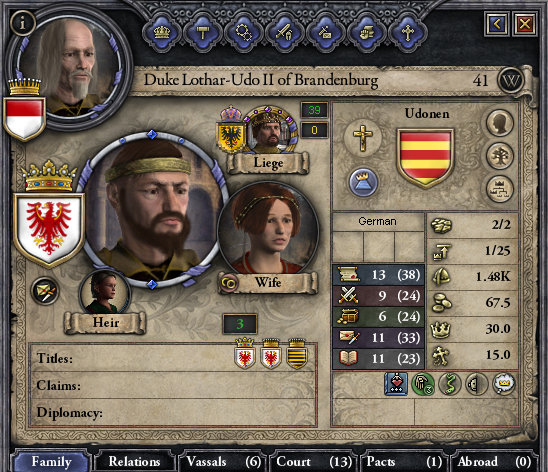 This is Lothar-Udo II, Duke of Brandenburg (what a name). He is our immediate liege. We pay our taxes to him, and he pays his to the emperor. To recap: We are the count of Altmark, our liege is Brandenburg, and his liege is The Holy Roman Empire (The HRE from here on out).
He's a deceptive, ambitious sort, and in much better health than us. Why, if he plays his cards right he might become emperor someday! But what about us? Well, if you scroll back up there to take a look at our traits (you can see what all those icons mean here if you're interested, or you can just trust me to describe the characters accurately. Your call) you can see we're not much of any sort at all. Frederick attends mass religiously, likes food but not women, is generally kindhearted, and quite straightforward.
Yes, there can be no doubt about it. In a kinder era, perhaps the modern one, Fred would make an effective middle manager, garden shop owner, or small-town restaurant owner. However, Fred is a noble in the high middle ages, and that kind of attitude will simply not do. Perhaps if Fred was on his own and had no legacy to foster, things would be different, but Fred has a son of a mere four years of age (also named Frederick), and a brother, Adalbert, who had managed to get himself appointed the Prince-Bishop of Bremen. 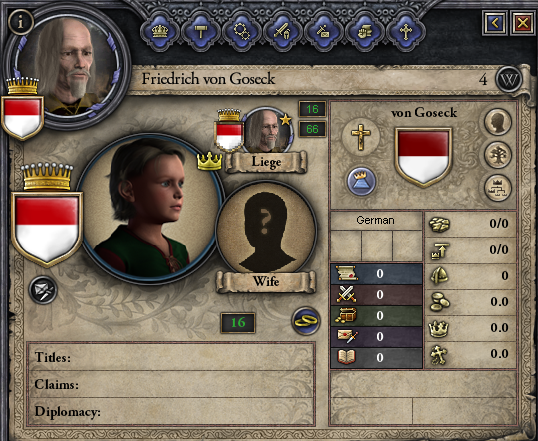 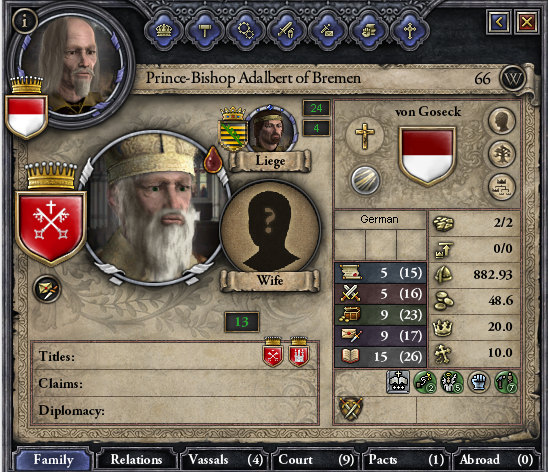 Concerned, Frederick begins a correspondence with his ordained brother. Asking him for advice on what, if anything, he should do to provide a more secure life for his young son.
The Bishop's reply is short and to the point. In the Empire, only the strong succeed. If Frederick is so concerned about his son's welfare, he must leave him an inheritance greater than a mere single backwater county.
Frederick ponders the wisdom of his brother's words. Certainly it was hard to deny that these were troubled times, it was said that a rebellion was brewing down south in the Empire's Italian lands, and if mere dukes could stand against an empire, than surely the world was truly in upheaval. Frederick considered his advantages, and what he could leverage to acquire more territory. 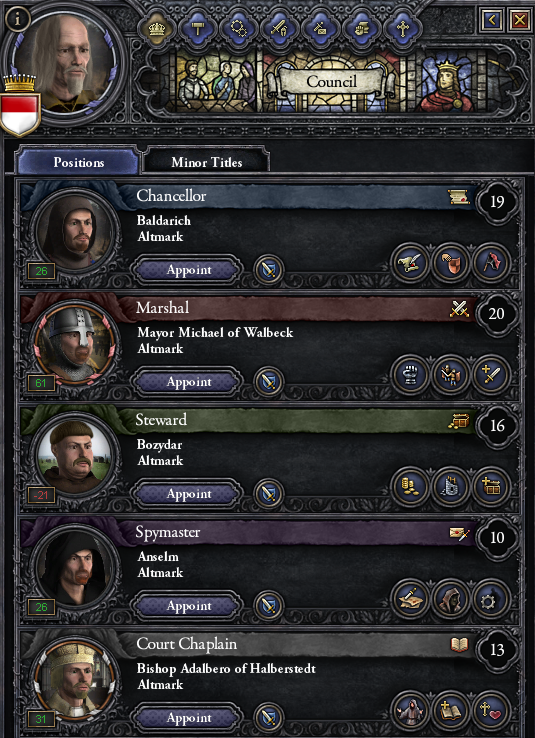 One thing--perhaps the only thing--that Frederick had that others did not was a council of competent advisors. True, base competence was commonplace, but Frederick's chancellor, a silk-smooth diplomat by the name of Baldrich, was unparalleled. As was his marshal, Michael von Walbeck (mayor of the city of the same name) and his treasurer, a Slavic heathen named Bolyzar.
Weeks later, while still pondering, Frederick looked across the river that marked the border of his territory, and, seeing the castle of Travemunde on the opposite bank, inspiration struck. 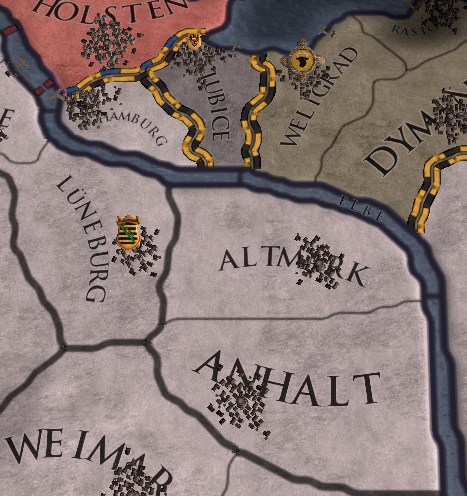 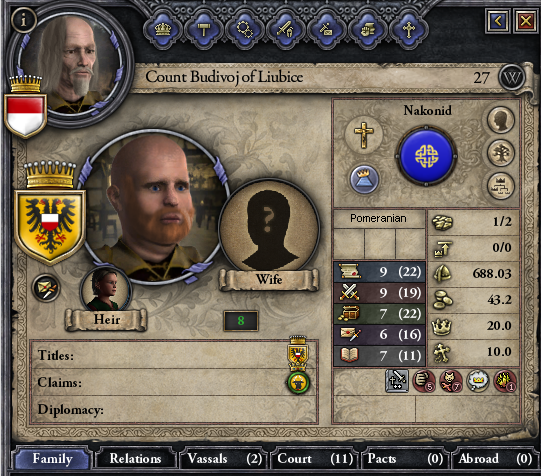 Liubice--Luebeck to Germans such as Frederick--was a small, independent territory. Completely unprotected by liege or allies.
Frederick pondered. The main obstacle to his acquisition of this territory was Travemunde castle itself. 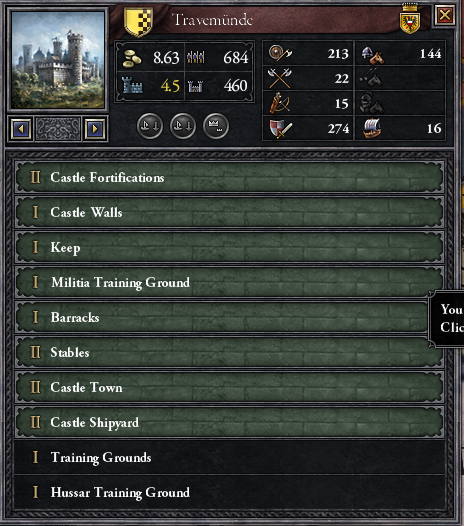 A mighty riverside fortress defended by well-kept fortifications, and an army almost a thousand strong. Still, it was the only obvious solution to Frederick's dilemma.
He ordered his Chancellor to find a reason--any reason--he could use to justify conquering the castle, and Baldrich set to his lord's work.
Tagged: